I woke up thinking about Atticus Finch.  Maybe because everyone I've met  checking out our Classic Coup shirts smile, then nod at our Atticus tees.  A twentysomething man told me he was named for the fictional hero.  One lady, like others who said, “I must have that shirt!” explained why To Kill a Mockingbird is her favorite classic:  “We’re a literary family.  My dad was a writer; my mother met Harper Lee in the 60s in New York, and my sister’s cats are named Scout and Jem.” She reminded me of a former student, Gracie, now a writer in LA, who at her high school graduation party was most proud of the gift her parents gave her: a first edition of Harper Lee’s only novel, signed by the Pulitzer-Prize winning author.


Maybe I woke up thinking about Atticus because at Southern Festival of Books—a Nashville gem for which my students swear I probably tail gate--I heard my favorite contemporary Southern author, Jill McCorkle, say To Kill a Mockingbird is her favorite novel.   I'd already framed her email written years ago encouraging me to continue writing about the classics, but when she said we love the same book ...well, as we say around here, she’s my kind of people.

Maybe I woke up thinking about Atticus because my son recently read the novel in his tenth grade English class, or because my nineteen-year-old daughter loves Atticus even more than the character we still laugh about, Dill.

Most likely I woke up thinking about Atticus because I dreamt of him last night.  Truth told…I’ve dreamt of him most of my life.  Somewhere around the late 60s/early 70s, he became my measure of a man.  Ok, so I was infatuated with Heathcliff first, but Atticus set the bar (pun intended) for what a real man should be.

We all have our reasons for loving him.  For some, it’s his Common-Sense-Cool-Daddy approach to his children: “When a child asks you something, answer him, for goodness' sake. But don't make a production of it. Children are children, but they can spot an evasion quicker than adults, and evasion simply muddles 'em. He keeps things simple and real.  Atticus, though to Jem's frustration didn't play football,  is like a wise football coach/art teacher with whom I once taught, his one rule for the students being, “Do what’s right.” More than Dad of the Year, Atticus as the Dad of the Decades teaches his kids to respect all—Scout’s bumbling teacher, the marginalized Cunninghams, and the reclusive Radleys.  He expects them to honor the onery Mrs. DuBose-- who, because she’s ill, talks ill of everyone including Atticus: “She had her own views about things, a lot different from mine, maybe...son…(but) I wanted you to see what real courage is, instead of seeing courage is a man with a gun in his hand. It's when you know you're licked before you begin but you begin anyway and see through it no matter what. You rarely win, but sometimes you do. Mrs. Dubose won, all ninety-eight pounds of her…She was the bravest person I ever knew."

And yet, when it comes to defending the town against a rabid dog and Tom Robinson against a rabid mob, Atticus heeds the call to arms.  Finch’s character was based on Harper Lee’s father, a lawyer and descendant of Robert E. Lee who defended two black men accused of killing a white store clerk.  The men were found guilty and hanged.   When the book was published in 1960 and the movie released in 1962, Atticus was the proverbial character before his time.  Set under Jim Crow laws and before the Civil Rights Movement moved South, he was cutting-edge-brave in defending a black man, though innocent, against the charges of a white man, though evil. A mix of practicality and idealism, he cautions Scout: “You might hear some ugly talk about it at school, but do one thing for me if you will: you just hold your head high and keep your fists down…Simply because we were licked a hundred years before we started is no reason for us not to try and win.”

Many, like my friend, Public Defender Greg Burlison (who gave us the words for our Atticus tee) have been inspired by Atticus’ courtroom scenes, where he declares: ”There is one institution that makes a pauper the equal of a Rockefeller, the stupid man the equal of an Einstein, and the ignorant man the equal of any college president.  That institution, gentlemen, is a court…Our courts have their faults, as does any human institution, but in this country our courts are the great levelers, and in our courts all men are created equal…I’m no idealist to believe firmly in the integrity of our courts and in the jury system—that is no ideal for me, it is a living, working reality…A court is only as sound as its jury, and a jury is only as sound as the men who make it up…restore this man to his family.  In the name of God, do your duty.”

I first read the novel when I was not much older than Scout at the time of Tom Robinson's trial.   Together we awaited the verdict.  When I heard it, I felt as confused as she did by injustice.  But also like her, I began to understand greatness.  As someone nudged her to stand, something inside me was awakened and stood:  “All around us and in the balcony on the opposite wall, the Negroes were getting to their feet.  Reverend Syke’s voice was as distant as Judge Taylor’s: ‘Miss Jean Louise, stand up.  Your father’s passin.’”

This is one of my favorite dramatic scenes in all of classic literature--a  moment where homage is paid to what’s true and right even when everything goes wrong.  But my favorite Atticus moment is more understated.  Miss Stephanie Crawford relays how Atticus turns the other cheek—literally:

“Atticus was leaving the office when Mr. Ewell approached him, spat on him, and threatened to kill him…Atticus didn’t bat an eye, just took off his handkerchief and wiped his face and stood there.”  Practicing what he preached to Scout and turning the other cheek—literally—he simply said later,  “I wish Bob Ewell wouldn’t chew tobacco.”

I won’t lie.  The little girl who  watched John Wayne and Clint Eastwood with her dad wanted Atticus to beat or blow Ewell away—especially given what his hatred did to Tom.  And while the teenager in me spent too much time looking for a “guy with an edge” like Heathcliff, Brando, or Depp, the woman in me recognizes a real man.  One of compassion, humility, quiet strength. Like a guy who told me once he doesn’t kill butterflies,  Atticus doesn’t kill mockingbirds.  He appreciates and defends innocence.   A man of character and substance who, though not perfect, seeks daily to walk the walk and not just talk the talk.
Posted by cmccain at 4:21 PM 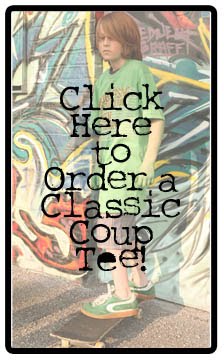 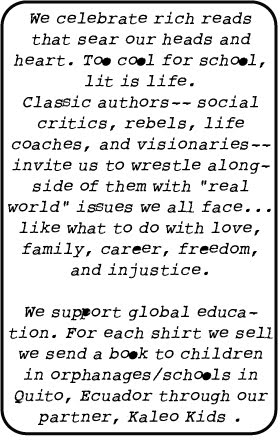 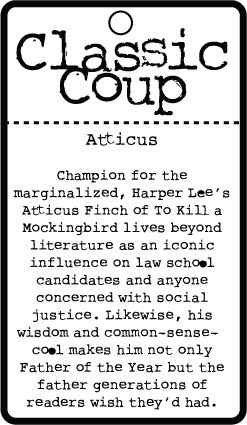 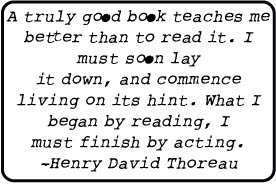